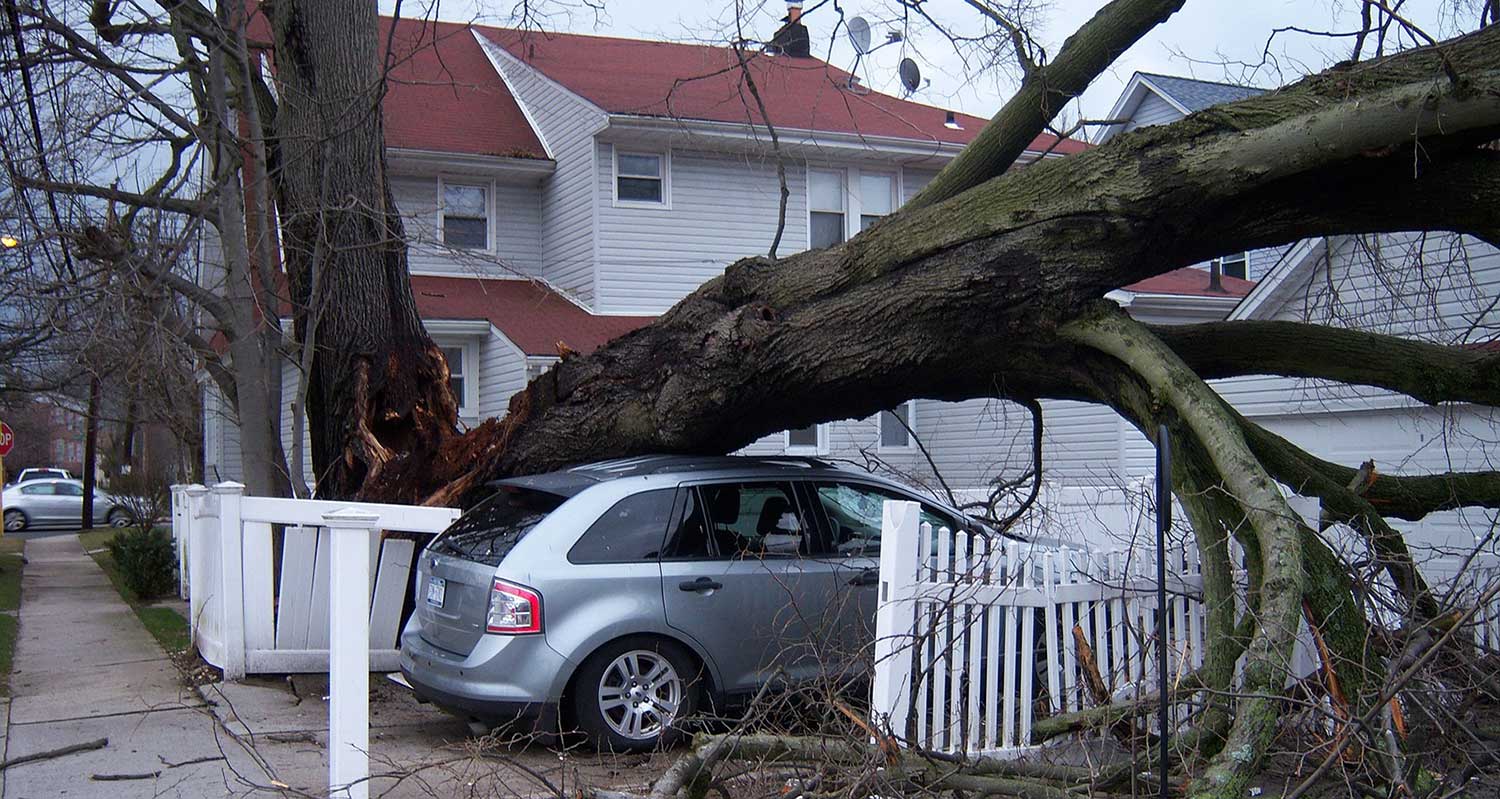 Montana isn’t called “Big Sky Country” for nothing. The state’s vast, wide-open spaces and sparsely-populated regions make the sky seem extra massive. Taking this into account, along with Montana’s many mountains and valleys, high winds are undoubtedly a common occurrence in the state. Deep valleys nestled between steep, craggy mountaintops are an ideal environment for powerful straight-line winds. In Missoula, there is even a specific name for a wind that blows through the area, known as “Hellgate winds.” Named from Hellgate Canyon near the city, the famous gales known as “Hellgate winds” often occur in late winter when cold, arctic gusts blow through the constricting canyon walls and burst into the Missoula Valley, bringing low wind-chill temperatures along with them.

Montana’s windy season takes place from November through February. The windiest city in Montana, according a 2019 article in the Great Falls Tribune, is Livingston. The small, southwestern Montana town located along the Yellowstone River has an average windspeed of 15.2 mph, with a peak daily wind gust of at least 30 mph 246 days of the year, according to the article.

The highest wind gust recorded in the state occurred on Feb. 21, 2002, near Choteau, Montana, at 143 mph. High winds present the possibility of damage to your roof, shingles and siding. There are many types of damaging winds that you should be aware of.

Straight-line winds refer to any thunderstorm winds that are not associated with rotation. This term is mainly used to differentiate the conditions from tornadic winds.

A derecho a long-lived, widespread wind storm that is often associated with rapidly moving thunderstorms or showers and can produce damage similar to that of a tornado.

A downdraft is a downward-moving air current that sinks rapidly to the surface.

Downbursts form following a thunderstorm, when powerful winds descend and quickly spread out radially as they hit the ground.

A gust front occurs when a leading edge of cool, downdraft air clashes with warm, updraft air from a thunderstorm.
High winds are capable of causing destruction to anything in their paths. Damaging wind from thunderstorms are much more common than damage from tornadoes, according to the National Weather Service. High winds can be especially dangerous during wildfire season, when they can essentially fan the flames, quickly spreading the blaze.

If you experience wind damage to your home and need to file a wind damage insurance claim or a roof damage insurance claim, Public Adjuster Montana is here to assist you throughout the claims process. Our team of professionals will bring years of expertise in handling similar claims and will make the process as effortless as possible for you. Our goal is to swiftly and accurately handle your insurance claim, helping you receive the best settlement possible to restore your property to its pre-loss condition.