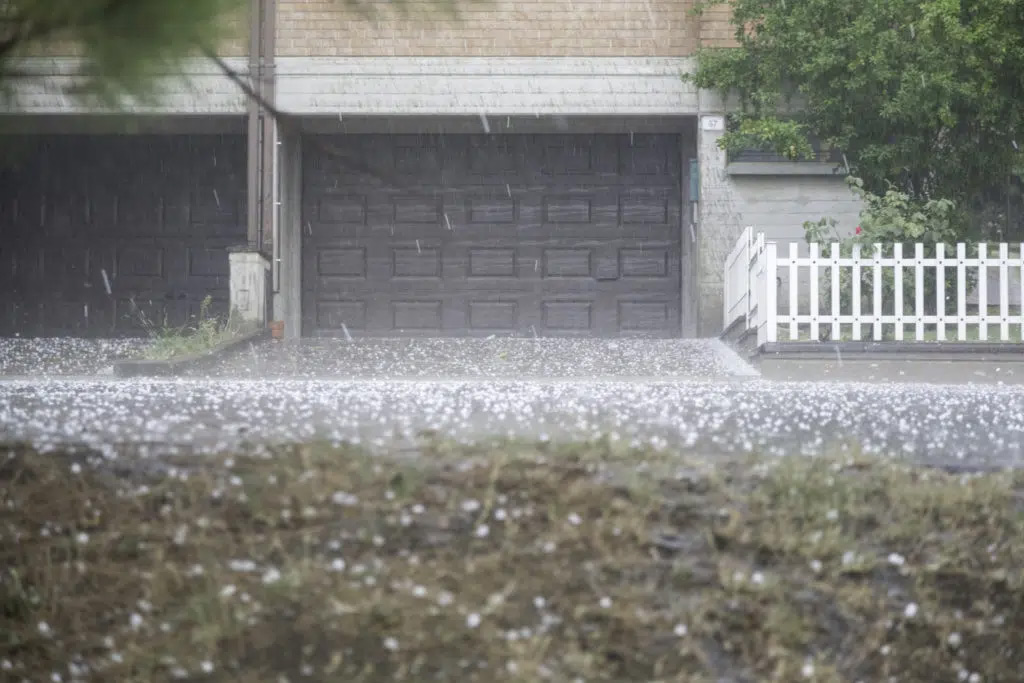 Spring is often associated with warming weather, blooming flowers and budding trees. The season is one of rebirth and rejuvenation, when dormant plants begin to thrive again and hibernating animals emerge from their dens. But spring also comes with an increase in severe weather, and the season produces more hailstorms than any other time of year.

Hailstones are formed when raindrops are carried upward in an updraft of air within a thunderstorm cloud, come in contact with extremely cold areas and freeze before falling back to the ground.

According to State Farm, more than $3.1 billion was paid on hail damage insurance claims in 2020 through State Farm alone. $2.6 billion was paid in homeowners claims, and $477 million was paid in auto claims. Although hail can occur anywhere, severe hail is most commonly found in what is known as “Hail Alley.” This region of the U.S. includes Texas, Oklahoma, Colorado, Kansas, Nebraska and Wyoming. 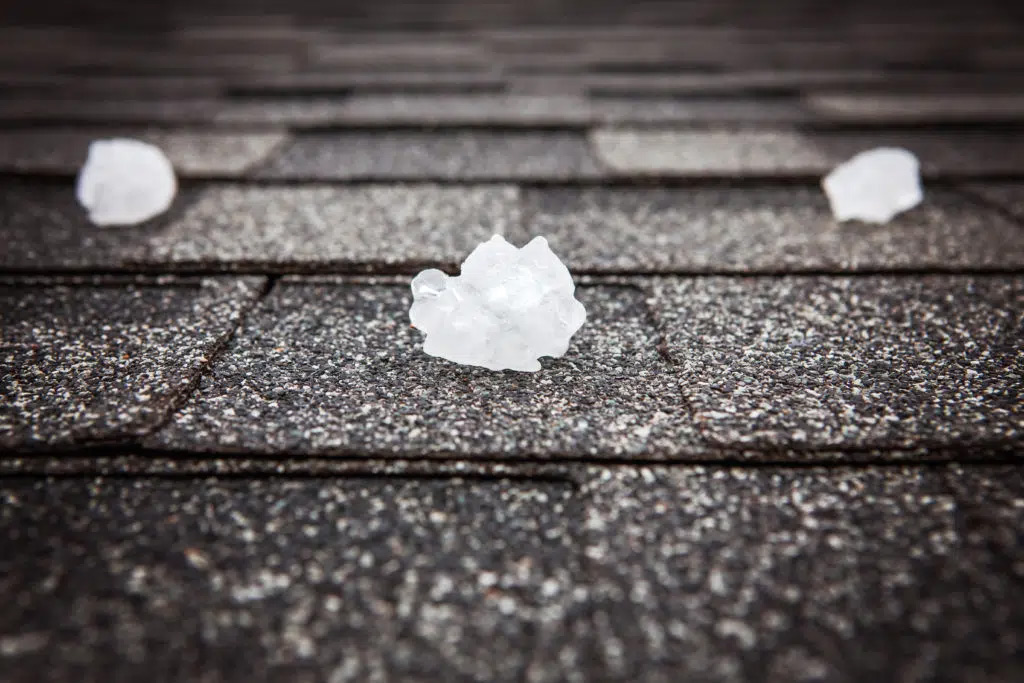 But Montana certainly isn’t immune to the effects of hail. Located just north of the aforementioned “Hail Alley,” the state has seen its fair share of hail-related damage. On Aug. 11, 2019, a powerful hailstorm pelleted the Big Lake Wildlife Management Area, about 35 miles west of Billings. More than 11,000 birds were killed or maimed in the storm. The storm produced winds of up to 74 miles per hour, projecting the massive hailstones into anything in their path. The wind-driven hail caused substantial damage to homes and vehicles in the area.

During a hailstorm, the most commonly damaged part of a structure is the roof. One of the largest parts of you home, your roof is designed to protect you, your family and your belongings from the elements. It takes the brunt of weather damage, though hail damage to the roof can often be difficult to detect. Following a hailstorm, it’s advisable to have a professional inspect the shingles on your roof.

Heavy hail activity is most commonly reported in the months of March, April, May and June. The worst year for hail damage in the U.S. was in 2017, costing $22 billion in damages. The worst hailstorm in Montana’s state history was the 2010 storm in Gallatin, which accrued $60 million in property damage.

Hail can cause extensive damage to homes, vehicles and crops. If you’re facing a hail damage insurance claim, you don’t have to go at it alone. Evaluating hail damage can be difficult, so having a professional on your side would be to your advantage.

If you’re looking for a Public Adjuster in Montana, K-Factor Advocates has a skilled team of professionals that specialize in insurance claim negotiation, policy language and interpretation, and claims estimating. The K-Factor team has helped hundreds of clients navigate the challenges of the claims process, securing fair settlements in order to restore their damaged property.